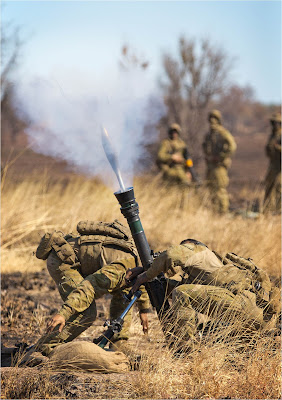 The Government on December 17 announced the Australian Defence Force has entered into two significant munitions contracts.

Minister for Defence, the Hon Christopher Pyne MP, said the Commonwealth has signed a three-year contract worth AU$81.6 million with NIOA of Brisbane to supply 81mm high explosive and practice mortar ammunition.

“This acquisition will allow Army to sustain its current mortar capability ahead of projects to modernise the 81mm mortar fleet with a lighter weight system,” Minister Pyne said.

This contract builds on NIOA’s other recent awards under the Major Munitions Contract, Future Artillery Ammunition Contract, the recent announcement of their tenancy at the Australian Government owned munitions factory at Benalla and their associated Joint Venture with Rheinmetall in Maryborough, Queensland. Collectively these contracts will create 200 jobs in Brisbane QLD, Maryborough QLD and Benalla in regional Victoria.

“Delivery of products will commence in April 2019 with final deliveries planned for April 2022.”


Minister Pyne said the Commonwealth has also signed a contract with General Dynamics Ordnance and Tactical Systems of Canada.

“This is a four-year, AU$62.7 million deal with General Dynamics Ordnance and Tactical Systems of Canada to supply 155mm high explosive howitzer ammunition for our artillery guns,” Minister Pyne said.

“This acquisition allows Army to sustain its current artillery capability and support its training requirements as we move towards modernisation of the 155mm fleet under the LAND 17-1C2 Future Artillery Ammunition Project being delivered by NIOA.

“This contract has been awarded to ensure capability of the current ADF in-service ammunition is maintained, with delivery commencing April 2019.”