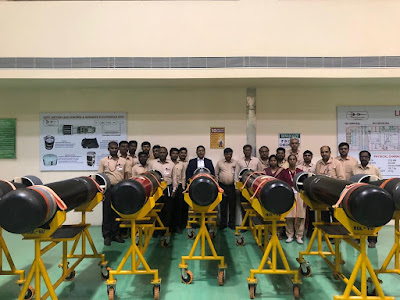 India has delivered the first batch of Shyena advanced lightweight torpedoes to Myanmar as part of a USD37.9 million deal that New Delhi signed with Naypyitaw in early 2017.

Official sources told Jane’s on 15 July that an undisclosed number of these torpedoes, which were designed by India’s Defence Research and Development Organisation (DRDO), had been transferred to the Myanmar Navy (MN), or Tatmadaw Yei, in early July.

Inducted into the Indian Navy in early 2012, the electrically propelled 2.75 m long, self-homing Shyena weighs 220 kg, is packed with 50 kg of explosive, and can be launched from triple-tube launchers on surface ships and helicopters, according to DRDO sources.