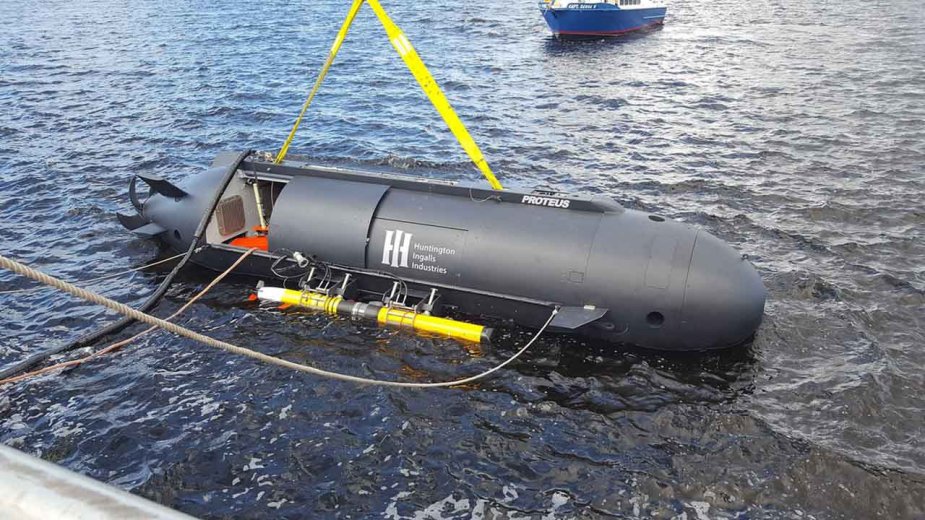 HII expects the Navy will soon request ships that look and function quite differently than the platforms it buys today, Mike Petters, HII’s chief executive, told analysts during a conference call discussing the company’s second-quarter financial results. “The world is changing. The Navy is changing in response to that. And we are changing in response to the Navy,” Petters said.

For more than a half-century, perhaps no company has been as linked to the U.S. Navy’s largest platform – the nuclear-powered aircraft carrier – as HII, which has made all of them. However, technological improvements and new mission requirements mean the company needs to look far into the future for the platforms the Navy will need. “Overall, we think unmanned space is going to fundamentally change the Navy going forward,” Petters said. “The intent to try to make ships more lethal, from the Navy standpoint, is something we’re paying closer attention to.”

In the future, it will likely not be practical to mass an armada of amphibious warships offshore and send in swarms of landing craft, wrote new Commandant of the Marine Corps Gen. David Berger in his “38th Commandant’s Intent” and “38th Commandant’s Planning Guidance” documents. “We must accept the realities created by the proliferation of precision long-range fires, mines, and other smart-weapons, and seek innovative ways to overcome those threat capabilities. I encourage experimentation with lethal long-range unmanned systems capable of traveling 200 nautical miles, penetrating into the adversary enemy threat ring, and crossing the shoreline – causing the adversary to allocate resources to eliminate the threat, create dilemmas, and further create opportunities for fleet maneuver,” Berger wrote.

Petters said these are not “light-switch changes” …read more